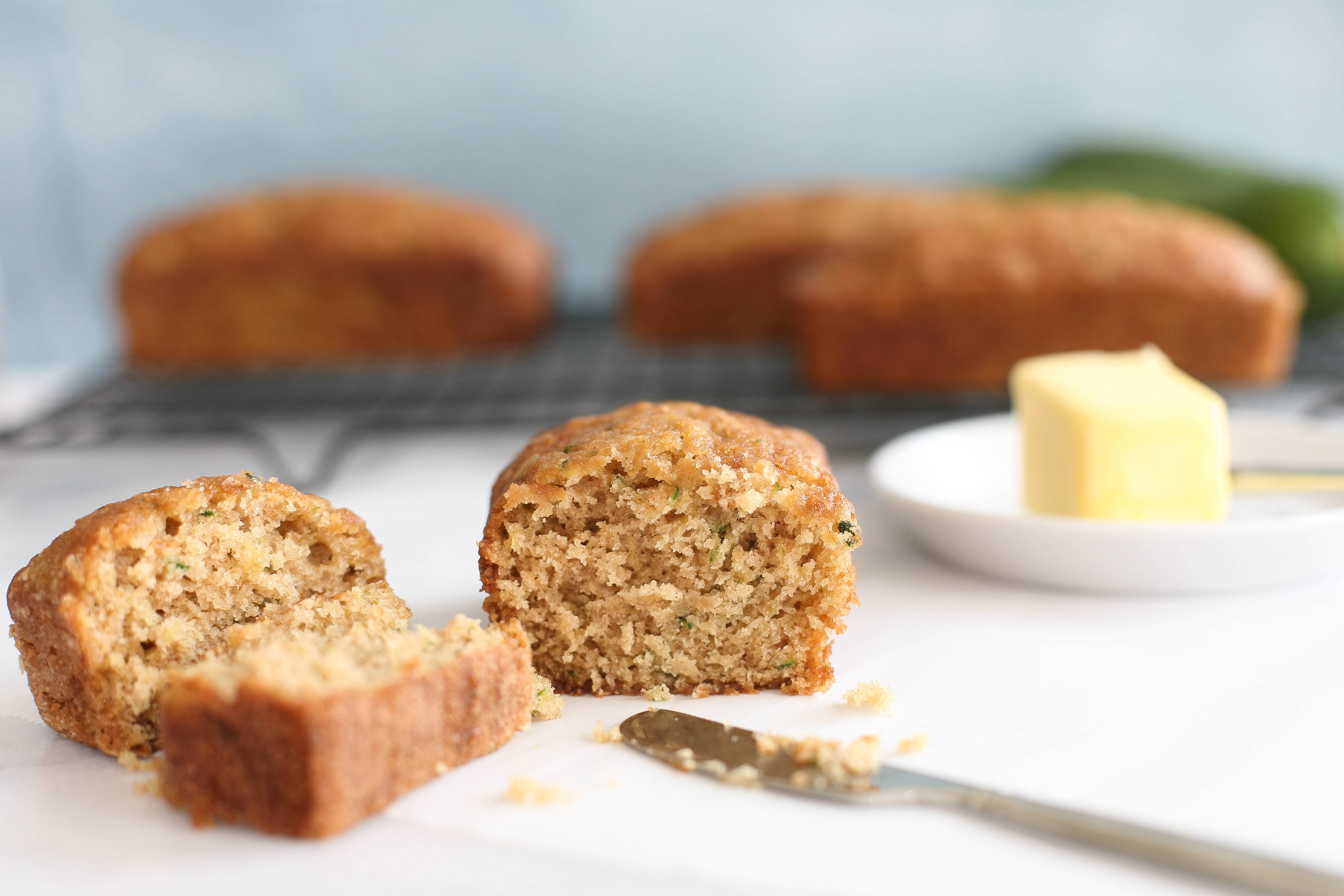 To this day, the only way Hailey will eat zucchini is if it’s baked into this bread and we have her sweet grandmother to thank for that. My mother in law baked the best zucchini bread; it was probably her signature dessert that also easily doubles as breakfast or an afternoon snack. She wrote the recipe down for Allen before she passed, but she was already ill at this point and we’re wondering if some of the measurements are off or maybe an ingredient is missing since following the recipe exactly as she has written doesn’t seem to yield the bread we remember. Or maybe she pulled the classic move and did something like that on purpose so the kids say ‘It’s just not as good as Mom’s’ 🙂 Accurate or not, we chose to frame the handwritten recipe and display it in our kitchen (which I LOVE) so if anyone tries to be sneaky and snap a photo of a family recipe to take home they may be a little disappointed haha

Still determined to make zucchini bread like she once did, we made some modifications to her recipe by comparing it to others we found and the end result was delicious! I also chose to use her mini loaf pans to bake the bread this time and kind of fell in love with them! They’re the cutest and baked up perfectly! She used to bake with these to make gifts for people on holidays or special occasions. I’ve already used them again to make little loaves of pumpkin chocolate chip bread…coming soon!

The ingredient round up for this recipe is:

Also, don’t fill your loaf pans too high! Honestly, I go about halfway full now since I learned filling them too high can be a cause of a sunken center. A problem we had the second time we attempted to make this bread 🙂 Basically, the bread is still rising, but running out of room or over the loaf pan walls at this point and once it begins to cool it sinks back down.

So what’s your favorite family recipe? Is there a certain dessert, dinner or snack your Mom, Grandma, Dad, etc. makes? Have they shared the recipe with you? I’m curious what everyone raves about in your family’s kitchen 🙂

If you’re not sure, maybe it’ll be this zucchini bread for you too! Happy Baking & Happy Friday!!